Playing Scared? Get Out of the Game 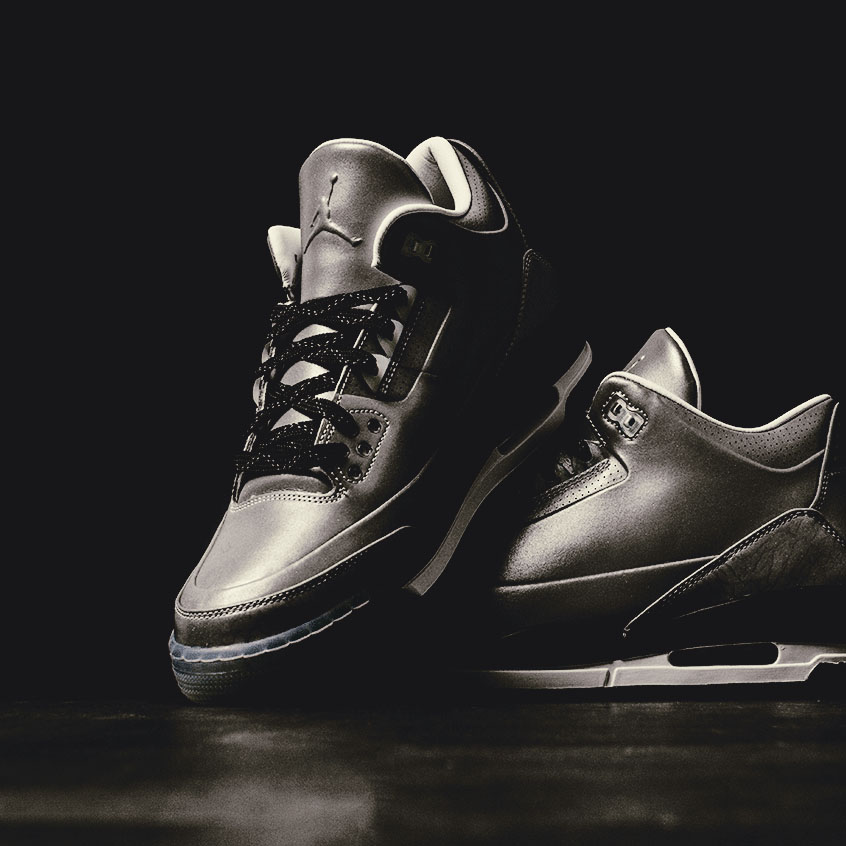 I remember when my favorite sound was squeaky shoes on freshly mopped parquet. Or wait, maybe it was the loud reverberating slap of an off-hand punctuating a defensive rebound. No, I know. The most delightful sound to me, if I can describe it correctly, was the sound of utter perfection.

A different sound depending on the setting, but always the result of a shot from distance, with perfect trajectory and enough elevation to come back to earth, landing in a cylindrical hole eighteen inches wide, ten feet off the ground.

Whether it was the tautness of the nylon netting or the small empty gym acoustics, the sound was a small explosion. If you entered a rarefied zone—and had a partner delivering your change back to you—you could hear the sound over, and over, and over again—a rhythmic pattern building as ball hit net, slid quietly into awaiting hands, and passed back to you. The next shot’s flight time would act like a musical rest in between.

Each time the sound reverberated more delightful than the last, a metronomic melody elevated in pitch by the anticipation of a break in rhythm—the inevitability of the cacophony disrupted by a brush of the rim, or worse—a clank of leather completely rejected by iron.

Unfortunately, I haven’t enjoyed that sound in over a decade. But today, I’m hooping to it with my counterparts at Snippet. Seeing as I haven’t touched a basketball in eight months, I’m not ready to play. I don’t even have the proper gear to play anymore. My last pair of hightop sneakers died a dusty, hot death in the nether regions of my garage, so I’m trudging out my low-top adidas running shoes for today’s ratball.

Know what else I’m bringing with me to today’s game? A certain measure of anxiety and fear. As soon as I realized I didn’t have the proper footwear, I had flashbacks of the few times I severely sprained my ankles back in the day thanks to awkward landings on my defenders’ shoes after jumpshots or on uneven patches of driveway. The aftermath normally went something like this: crutches for two weeks, a limp for several more.

So today, regrettably, I’m not that excited to lace up again. My teammates shouldn’t be either, what with the dead weight they’ll be carrying.

The handful of times I’ve played in low top shoes, my play has been severely affected. In contrast to the long list of cons about my game, the pro is my quickness and agility. I can get to the rack (but can’t finish), slip in the lane unawares for sneaky rebounds, deflect passes and poke away lazy ball-handling. However, every leap needs a landing, and the minefield of treachery that awaits my fragile chicken-leg foundation in the form of 18 other peoples’ feet hinders my every jump. In other words, I’m pretty much useless if I’m not playing with reckless abandon.

“When we are afraid, we pull back from life.” — John Lennon

Fear makes you want to abort. Disengage. Not want to give your all, in case there might be failure at the other end. Doubts and questions arise about your mission, position, past, future, your foundation, your person. Fear begs your consideration of all these. It’s persuasive, so you stop working and entertain these thoughts.

Most of us can recognize the physiological effects of fear: a racing heart, shortness of breath, stomach butterflies, sweat, dry mouth. Left unchecked, fear can disturb the psyche and work performance as well: irritability, loss of confidence, creativity and motivation, even depression, hair loss, impotence. These conditions don’t only undermine athletic performance; they are the same effects that inhibit our creative and work performance as well.

Our small co-founding team at Snippet faces such challenges and obstacles all the time. Pesky, pop-up annoyances to mountainous, pivot-questioning, theology-level vexations. Thankfully, we have a culture that utilizes fear to drive us into action instead of crippling or stopping us. Here are a couple ways we combat fear’s effects at our company:

Focus our efforts. Looking at our competitive landscape can be intimidating. But instead of succumbing to the overwhelm induced by the different offerings, we examine what we are doing better than others, refine those things, and look for other ways we can create better advantages and build upon those.

Efforts matter most, as our CEO frequently reminds us. He routinely tells us the anonymous quote, “The winner in the fight between the bear and the alligator is determined by the terrain, not by the qualities of the animal.” On our competitor’s turf, we might lose. But on our turf—if we groom our terrain properly, with our house rules—we can come out ahead. We can be victorious.

Test our hypotheses. Fear says, “that will never work” or “it’s not working out; you should bail.” When we hear that, we look at what the numbers say. Either our users/data will contradict, affirm, or say nothing at all about our traction and growth. In the last case, it’s a perfect time to create a little test to learn more. That’s the rational path. It’s logical, orderly, scalable.

The opposite option—to pull out completely based on fear or uncertainty—is irrational. It’s unbalanced, chaotic, limiting. It’s quitting after the first bucket your opponent makes, or after the first half because your team is down 10. The game isn’t over just become the competition is fierce. Pulling out early is an incomplete performance. If you pull out early, you don’t really know what’s going on and what’s ultimately possible.

Instead of succumbing to fear’s pernicious whisperings, double-down by examining, refining, building, and testing your game plan further. Just as on the court, the business landscape requires adaptability to the game conditions. That’s how we combat fear in our startup. Sure, it’s easier on the court. In my situation, all I need to do is buy a new pair of kicks. Business is harder. But even though it’s harder, the chemistry is still the same, only more potent.

In both environments, the course of action remains the same: play the game, or get out. Don’t let fear trap you in no man’s land. That’s akin to being flatfooted, and we all know how that turns out: toasted by your opponents all game long in route to a thumping.

If you’re in—if you’re playing to win the game—then stay tuned for my follow-up article next week. In it, I’ll share how to develop a fear-embracing, fear-capitalizing culture within your team and company. It may not produce a magical melody overnight. But like finding your rhythm of sweet swishes, practices begets precision. So prepare to fine-tune your performance, and that of your team’s, for a more enjoyable and advantageous experience.

This essay was written by Ben De Rienzo, Art Director for Snippet.